On Independence and Nationalism: 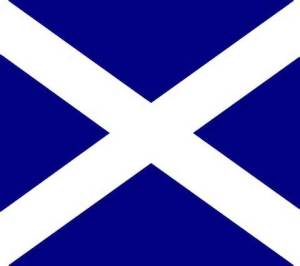 The last 300 years has seen a balance between slavery and independence in the British Isles.

The recent elections of the 18th of September, have denied the organic opportunity to stand up for one’s ancient cultural heritage; and this, without spilling a drop of blood.

This is, however, not as bad as it appears.

The race was close, too close to ignore, and the hegemony of a cumbersome and outdated, not to mention a racially dysfunctional ‘form of government’ will, as will be seen in the coming years, see a positive and dynamic organizational structure of government, coming out of this Vote.

As stated on Counter Currents, by its Editor, Greg Johnson:

I was, frankly, surprised that many White Nationalists and Alternative Rightists oppose Scottish independence, which strikes me as a rather simple application of the ethnonationalist principle that different peoples need independent homelands to express their distinct identities and pursue their unique destinies, as free as possible from the meddling of others.

When different peoples are forced to share the same system of government, it breeds conflict, resentment, even violence. Thus to preserve peace and promote the well-being of all peoples, multicultural states should be replaced with ethnically homogeneous ethnostates.

I think that most see the commonsense and common interests of peoples around the world, seeking their own future, and that of their children, to being the most simple and direct application of one’s destiny.

Things, certainly, will never be the same on the Isle of Albion.

The large Corporate interests, of course, are counting their winnings with a certain trepidation, and it is obvious to all and sundry, that they will increase their returns as quickly as possible from here on out, until the day comes that they will have to negotiate from a position of parity, and not sole leverage against the Scottish People.

It is hoped that, England, as well, might reconsider her own independent status, and to step away from its suicidal multicultural path, and to once again, bring a sanctity of Life to their own Sons and Daughters.

Until that time, We wish the Sons and Daughters of Scotland, a blessed future, and to acknowledge their struggle for the dearest of political and personal desires: Freedom.

One thought on “On Independence and Nationalism: The Scottish Dilemma”