The various manifestations of any traditional or revolutionary concept, idea, or methodology is largely due to national circumstance: popular [racial] identity, reactionary elements, visionary elements, financial depression and cultural insolvency.

In every epilogue of human events there exists, in stark relief, the metamorphosis of a People, or Folk-community. Regardless of any significant or insignificant attempt, or contribution too, any particular form of government, no matter the construct or principle, it is the people, the race-culture, which either is enslaved or liberated. Ironically, in terms of the former, slavery, to some, is ordered and constructive consumerism, which demands a certain consistency in social arrangements; to others, the lack of individualism, of sovereignty, marks the slave from the freeman. This balance has for millennia, swung from one extreme to the other.

This balancing act today, just as in yesteryear, is precarious one.

END_OF_DOCUMENT_TOKEN_TO_BE_REPLACED

The Songs of Jeong & Lee 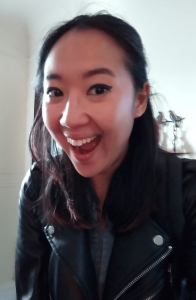 The late founder of modern Singapore, Lee Kuan Yew, is famous for observing: “In multiracial societies, you don’t vote in accordance with your economic interests and social interests, you vote in accordance with race and religion.” This axiom led Yew to state, years later, that “multiculturalism will destroy America.” But it is not just through voting that multiculturalist tribalism expresses itself; it manifests itself through culture in a myriad of forms: activist journalism and theatrical plays being just two of many possible avenues.

With the recent, illustrative examples of Sarah Jeong and Young Jean Lee, we can now discern the shape of an emerging “Asian women hating on white men” trend among the Left’s hepcat sophisticates, one that is rapidly transitioning towards the actual dehumanization of whites. (We could add Inkoo Kang, a staff writer in Slate’s culture department, as another example, but that’s for another day.)

END_OF_DOCUMENT_TOKEN_TO_BE_REPLACED

The Promise of a New Land:

The Belief in Territory

Diverse populations, that is, in a racial sense, no matter the cosmopolis of its language, has never realized a

higher culture in the real sense, at least not for long. The many attempts, including the great “experiment” of the United States, have failed. The antagonisms are many. The brutalization of the many inhabitants by each opposing “group” is natural, albeit dysfunctional, and cannot support the integrity of any given organized culture. The platitudes given the populace by its erstwhile leaders are political posturing, plain and simple. They elect to sympathize with “special interest groups” in order to gain an advantage in a “numerical” democracy; this does not promote the real interests of the “host-race” on which mores, spirit, and destiny-will the Nation/Culture was founded. This exacerbates this entire dysfunctional process. Anyone who questions this process is considered a radical by the existing order.

In ROTW, the entire concept of a rising, fledgling, and independent people, presupposes a natural and independent Political State. Without a state, there can be no real affirmation of either independence, nor freedom. As such, the dream of many of those Western men and women must, at all costs, come to grips with the reality of both a natural and geographical and State. To this end, to be sure, have been many and varied attempts to distill, and explain to the various adherents and visionaries which encompass the racial/nationalist struggle for a homeland dedicated, and created for members of the West – just as had their forefathers and mothers realized, of yesteryear.

The Rise of a New West is predicated on it.

END_OF_DOCUMENT_TOKEN_TO_BE_REPLACED

The Elements Of White Nationalism:

The various manifestations of any traditional or revolutionary concept, idea, or 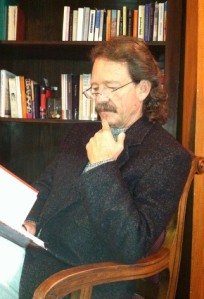 In every epilogue of human events there exists, in stark relief, the metamorphosis of a People, or Folk-community. Regardless of any significant or insignificant attempt, or contribution too, any particular form of government, no matter the construct or principle, it is the people, the race-culture, which either is enslaved or liberated. Ironically, in terms of the former, slavery, to some, is ordered and constructive consumerism, which demands a certain consistency in social arrangements; to others, the lack of individualism, of sovereignty, marks the slave from the freeman. This balance has for millennia, swung from one extreme to the other.

This balancing act today, just as in yesteryear, is precarious one.

END_OF_DOCUMENT_TOKEN_TO_BE_REPLACED

The nascent Beginning of Nationalism 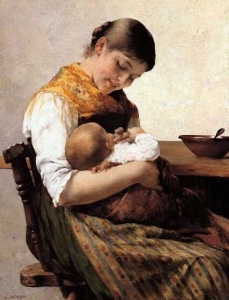 building; the first and foremost responsibility of each early individual was to his immediate family and, by extension, those nearest to him, this was his Folk-family, his Race. Any Nation, which was thereby considered and established by him, belonged to him in the only way possible:

By right of Birth.

It is said that we all are products of the Past. Everything we are, or can be, has been gifted to us by those who have gone before.

This is the first cause of all Nationalists. More precisely, this is the belief and knowledge of all Racial Nationalists who are called to stem the tide of suicide, murder, and retardation of their people who, as is known by all Nationalists, are their nation, entire, each belonging, by right of birth, that ever present gift, to that Once, and Future West.

END_OF_DOCUMENT_TOKEN_TO_BE_REPLACED

Prophetic Words On The Inevitable Struggle:

How the West was Won

[Editor’s Note: It is always profitable to look backwards, as it were, and see through the eyes of certain individuals who, as most have never been, in the ‘eye of the storm’, and given a certain perspective, that is then gifted to those with the ability to understand.

In going back over a work, written almost 30 years ago, We felt it timely, if it were presented, that those involved in our native conflagration, our struggle, might better view the over-all imperatives with which we are faced.

Rise of The West is such a work.

We extend, once again, our thanks to the Author, a stalwart defender of the West. The Staff]

The American West, in a strictly cultural sense, is broken up into distinct Nations.

At first glance, many who read this will wonder just what is being said, having no formal instruction other than what little they think they know from television and government ‘think tanks’. It is said that there are forty-eight ‘united states’ [within the Continental U.S.] but that each, voluntarily, make up the Nation as a political unit. In a purely political sense, this is apparent, yet, what is spoken of here is the precise components of biological nations, which inhabit that political unit called ‘america’. Each race-culture, such as Afro-american, Asian-american, Amer-Indian, Mexican-american, ad nauseum, constitute ‘specific’ [biological] nations which act, perform, congregate, celebrate, and decide political, moral, and social issues predicated upon those that are part of their particular race-culture in question. This is political reality.

END_OF_DOCUMENT_TOKEN_TO_BE_REPLACED

Concluding Thoughts on the Puritan Intellectual Tradition in America

An interesting feature of Puritanism is the tendency to pursue utopian causes framed as moral issues—their susceptibility to utopian appeals to a ‘higher law’ and the belief that the principal purpose of government is moral. New England was the most fertile ground for “the perfectability of man creed,” and the “father of a dozen ‘isms.’”[1] There was a tendency to paint political alternatives as starkly contrasting moral imperatives, with one side portrayed as evil incarnate—inspired by the devil. Puritan moral intensity can also be seen in their “profound personal piety”[2]—their intensity of commitment to live not only a holy life, but also a sober and industrious life.

END_OF_DOCUMENT_TOKEN_TO_BE_REPLACED

The early part of the twentieth century was the high-water mark of Darwinism in the social sciences. It was common at that time to think that there were important differences between the races in both intelligence and moral qualities. Not only did races differ, they were in competition with each other for supremacy. For example, William Graham Sumner was a social Darwinist; he thought that social class and racial divisions as well as competition were part of the natural order of things. Writing in 1903, he noted that “the two races live more independently of each other now than they did” during the slave era.[1] Whereas later in the century, Jewish intellectuals led the battle against Darwinism in the social sciences, racialist ideas became part of the furniture of intellectual life—commonplace among intellectuals of all stripes, including a significant number of Jewish racial nationalists concerned about the racial purity and political power of the Jewish people. Many of them were Zionists who believed in the importance of Jewish racial purity (a Jewish homeland in Israel would prevent assimilation and intermarriage) and Jewish racial superiority .[2]

END_OF_DOCUMENT_TOKEN_TO_BE_REPLACED

This is about a pernicious strand of European thinking that is an important component of the crisis we face today—the Puritan strand of American thought which dominated America until the 1960s counter-cultural revolution. The synopsis is that in the nineteenth century, Puritan-descended intellectuals engaged in utopian, idealistic fantasies, often with moralistic overtones. Then after the Civil War, this type of thinking went into disfavor, replaced by Darwinian thinking which reached its apex in the battle over immigration, ending with the passage of the 1924 law. However, this intellectual shift was eradicated by the Jewish-dominated intellectual movements I discuss in The Culture of Critique.

END_OF_DOCUMENT_TOKEN_TO_BE_REPLACED

The Fight against the coming White Genocide

It has been said previously, that nation building is a relative form of Race-building. And so it is. Like a winning team, one that can not only run, but also win a race, it must have a workable and balanced relationship with the talents and healthy qualities inherent in the nature of one People, or race-culture, if the nation or race is to grow greater than the smallest of its parts. Let us use South Africa as such an example. Yes, South Africa, that land of harsh elements, rugged byways and highways, savagery, opulence, wealth, poverty, corruption and honor. A land that, by the Modern’s definition, is better served by the ‘diversity’ of racial inclusiveness rather, than it was before, a mainstay in the Western evolution; the White Tip, nestled in a far corner of a Black Continent.